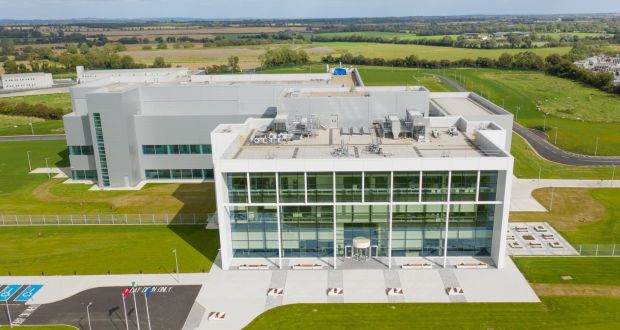 Pharma giant MSD has agreed to buy a state-of-the-art biologics plant in Dunboyne, Co Meath, where around 200 workers are currently employed.

The deal to take over the Takeda plant will secure all the current jobs.

The Japanese drug company Takeda had announced its intention to offload the plant back in January.

The Dunboyne facility was the last major investment made by rival pharma company Shire before it was acquired by Takeda for €56 billion in 2019. The company had invested €375 million in setting up the biologics manufacturing operation on its 120-acre site outside the town.

At the time, the company said it planned to employ 400 people when the facility was fully up and running. However, employment never rose above 200 and the plant was never part of Takeda’s plans following its protracted pursuit of Shire.

“A strategic review of Takeda’s global biologics manufacturing network, initiated following the acquisition of Shire, identified that production capacity at Dunboyne is no longer required,” the company said at the time.

It is understood that no product has yet been manufactured at the site.

MSD has extensive operations in Ireland and is currently building a biologics operation on its site in Swords. That is earmarked for the production of Keytruda, the company’s blockbuster cancer drug.

The company said on Friday that Dunboyne would not become another Keytruda site. It will instead become a biologics commercial site, supplying multiple products worldwide in areas like clinical trial stock of new drugs coming through the company’s pipeline. It is understood to be the US drug giant’s first such plant worldwide..

MSD, a subsidiary of the top US pharma group Merck, also has biologics operations in Carlow and, on a smaller scale, at Brinny in Cork. It has a range of biologic treatments that could be manufactured at the new site – MSD’s sixth in Ireland.

Ger Brennan, MSD’s country lead, said the Dunboyne site was a significant investment that would “compliment our full manufacturing footprint in Ireland”.

The company currently employs 2,500 people in the State and Mr Brennan noted that the Dunboyne site provided space for future expansion if required.

MSD manufacturing division president and executive vice-president Sanat Chattopadhyay said the company was “delighted to have signed this agreement to acquire the Dunboyne biologics facility and look forward to working with the team to support the next phase of this process”.

“ This facility will further expand our footprint in Ireland and support commercialisation of our existing and future pipeline of biologics products. The talent of the team in Dunboyne was a determining factor in our decision to acquire this facility,” he said.

Thomas Wozniewski, Takeda’s global manufacturing and supply officer, said: “We are pleased to announce the divestment of the Dunboyne biologics plant to MSD, who will retain all of our existing Dunboyne employees. In MSD, we believe we have found the most suitable buyer for the Dunboyne facility.

Takeda will retain a significant Irish presence, with 500 people employed in operations at Grange Castle, Bray and in Dublin city.

Dunboyne site-lead Susan Hynes said it was an exciting day for workers at the plant.

The deal is subject to certain due diligence. – Additional reporting, The Financial Times Limited 2020

Send us a news story

If you know of any news worthy stories that you think would be suitable for inclusion on this page please email us at info@meathsoutheast.ie